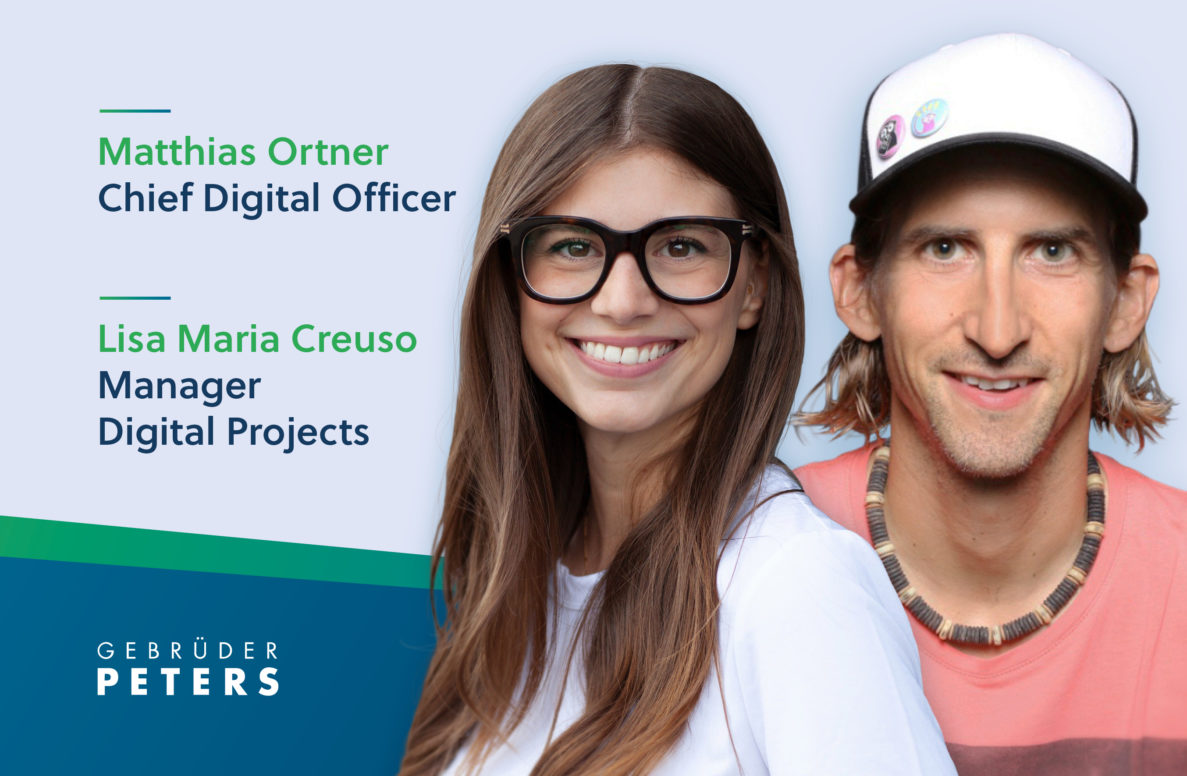 Dust, noise, poor light conditions: The working environment on a building site is nothing like working on a computer from home or in the office.

No-one here has the time or energy for countless online project management tools and time-consuming communication processes. Firstline workers generally don’t have a permanent PC workstation, and often work on various construction sites. This frontline work is an essential part of day-to-day business for our customer Gebrüder Peters GmbH, and most of its staff are firstline workers.

The challenge: Comprehensive digitalization, including the firstline

It takes efficient tools to facilitate cooperation across teams and hierarchies; firstline workers need to be actively integrated. The company uses Jira Service Management for its in-house service desk. As many firstline workers are familiar with Microsoft tools, and use Office applications for operative work on-site, it was obvious that they needed an interface between Jira Service Management (JSM) and Microsoft 365.

Lisa Maria Creuso (Manager Digital Projects) and Matthias Ortner (Chief Digital Officer) took on the challenge of digitalizing operations all the way to the firstline. They wanted to make the employees’ lives as easy as possible with digital processes.

We need to integrate our JSM processes directly in our firstline workers’ tools, i.e. Microsoft 365 and above all Microsoft Teams and Outlook. 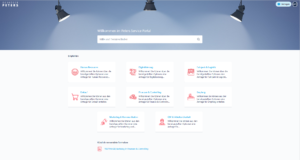 Lisa and Matthias had already experienced the combination of Jira and Microsoft 365 in other companies, and had already used yasoon’s apps there. In 2020, they rolled out yasoon’s Outlook integration at Gebrüder Peters GmbH, too, using it to continuously evolve their systems. The latest addition is the even more fully featured Microsoft 365 for Jira integration.

The result: Direct ticketing via Microsoft Teams and Outlook for firstline workers

Working with yasoon, Matthias came up with the idea of embedding the JSM service portal in Microsoft Teams. Firstline workers never need to remember a Jira URL or password. They can find everything they need via smartphone, tablet and PC in Microsoft Teams. Thanks to the Single-Sign-On feature, they don’t even have to log in again. That’s a useful bonus for people who work in craft trades and move from one construction site to another. 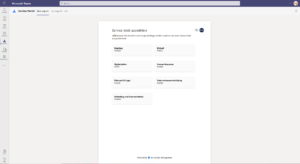 One particularly popular feature is the ability to start a conversation with the relevant stakeholders in a Microsoft Teams channel or chat directly from the Jira ticket. That lets both internal customers and agents communicate much more easily and seamlessly. Gebrüder Peters GmbH uses the Jira chat feature extensively. The stakeholders can get directly back to the Jira ticket from the Microsoft Teams chat with just a single click. This feature is also based on an idea developed in conversation between Matthias and yasoon’s Tech Lead, Tobias.

Our firstline workers (the internal customers) now have a central digital workspace with Microsoft Teams and Jira, and never have to leave it.

Email communication has also evolved at Gebrüder Peters GmbH, with the Outlook-Jira connection playing a major role in day-to-day operations. The ability to turn a standard mail into a Jira ticket saves precious time and avoids errors when copying and pasting information. In particular, the integrated Outlook sidebar with a comment function is used across all departments. Users can add a ticket-specific comment from Outlook and mention colleagues directly in that comment, without having to add them in Jira.

yasoon’s solutions let our internal customers use any channel of their choice to open tickets.

Matthias and Lisa connected Jira with Microsoft To Do for individual task planning. This makes it easy to combine tasks from marked mails, Microsoft Planner, the Jira Service Management tickets and individual tasks. The feature has become particularly popular with the office teams. Having a clear overview of all of their tasks in Microsoft To Do helps the agents better organize their work without having to switch back and forth between tools.

Whether staff members write messages in Microsoft Teams or send an email in Outlook, it couldn’t be easier to turn the input into a ticket. Integrating the JSM service portal in Microsoft Teams also gives the internal customers a direct channel to open service tickets.

Currently, roughly 200 employees at Gebrüder Peters GmbH use Microsoft 365 for Jira; the integrated systems have handled about 2,000 tickets since it was rolled out. Internal communication is seamless for all stakeholders. Firstline workers can even use them on-the-go from their smartphones or tablets. In this way, the company has taken a major step towards comprehensive digitalization all the way to the firstline.

As heavy Microsoft 365 users, Matthias, Lisa and yasoon worked very closely with one another: “We generally used Microsoft Teams to communicate with yasoon. I would write to Tobi and it always felt like his answer would arrive within 5 minutes, and updates were added overnight,” explains Matthias. The relationship between Gebrüder Peters GmbH and yasoon is clearly a fruitful one for both sides. They share a passion for digitalization and entrepreneurship, which lays the foundations for a long-term business relationship that fosters genuine innovation. 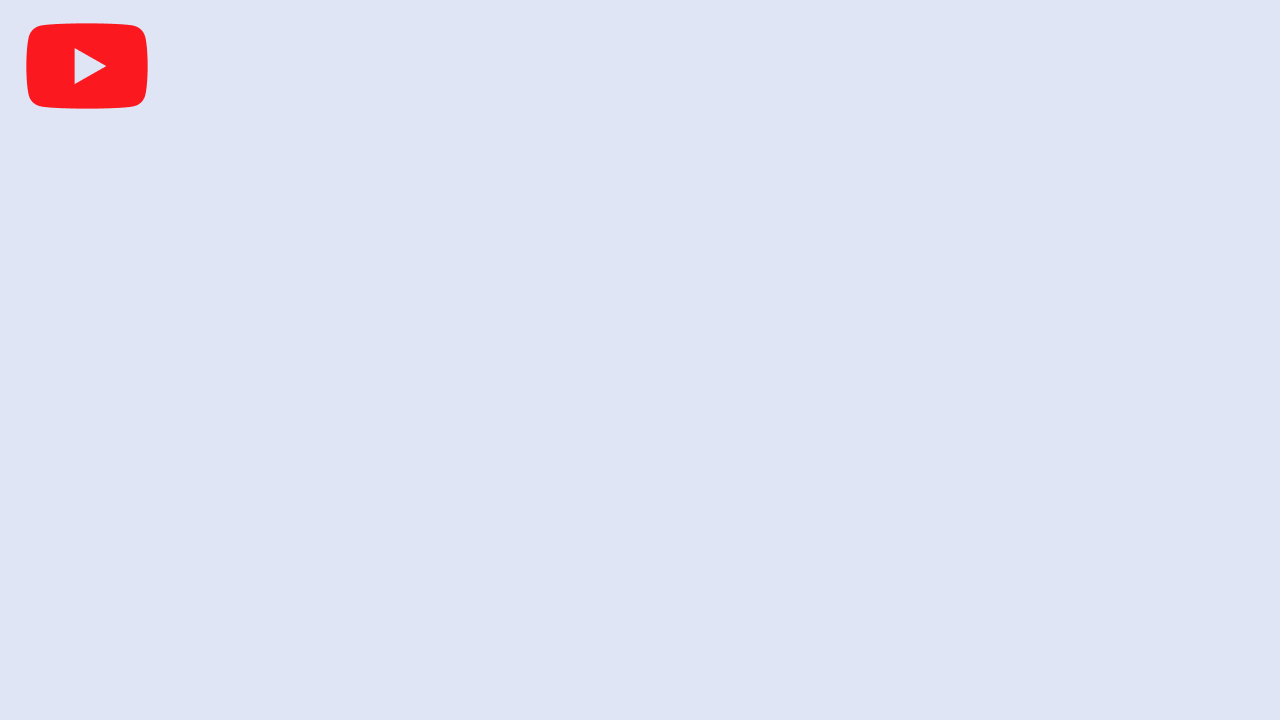